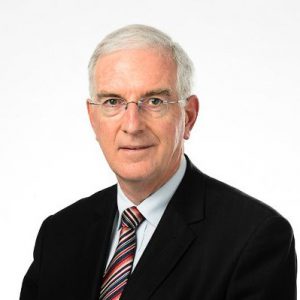 Michael Janus established Janus Lawyers in 2002, following an extensive career with a number of leading law firms, where he held roles as partner and managing partner.

Michael was admitted to practice in 1978.  He was articled from 1974 to the Crown Solicitor, Mr LK Gordon SM, and later the Honourable GC Prior QC, who was subsequently appointed a Supreme Court Judge.  Following his admission, Michael was an Associate to the Honourable LT Olsson, then President of the SA Industrial Court and Commission, who was also subsequently appointed a Supreme Court Judge.  Michael was admitted as a Public Notary in 1996.  He was registered as a Migration Agent in 1993.  He obtained his Master of Laws degree in 1994.

Michael has worked actively within the Law Society to represent all practitioners, including those in small practice, with a focus on legislative and regulatory reform, the Rule of Law and the separation of powers, and affordable Access to Justice.

Michael is a current Council Member of the Law Society of SA since 2008 (also 1995 to 1999) and was a member of its Executive from 2009 to 2010.  His commitment to the development of the law and the profession (and pro-bono activity) includes through his involvement in numerous professional and industry bodies, including:

Having previously acted for the prosecution, in the 1980’s Michael had a Criminal law practice in which he acted as defence counsel on criminal trials in superior courts.  He continues to represent clients on Guilty submissions.

Michael has and remains actively involved in the community and has been involved in a number of not-for-profit and charitable organisations, including:

Michael is an avid cyclist and continues to be a member of the ‘Law Society & Courts SA’ cycling team participating in the annual BUPA Challenge, as part of the Tour Down Under.

With our extensive experience in a wide range of areas, Janus Lawyers can assist you in almost any area of law.